These images were our first clue. It’s Penguin. Our brand new Black Australorp chick. Just like any other tiny, fluffy, sweet little chick, Penguin loved to spend time eating, drinking and frolicking with the rest of the flock. Penguin made a darling little high pitched “cheep cheep!” noise over and over again. But Penguin is doing something in these photos that was not like the others. He is standing up straight. You know what type of chicken likes to stand up straight? A rooster. That’s the kind. Exactly the kind of chicken we don’t want in our Minneapolis backyard.

Young Penguin along with Goldie and Ruby

But the alarm bells didn’t start ringing until Penguin actually became the alarm. Late in the summer, a strange noise started coming from the backyard as the sun came up each morning. Was it a blue jay? An injured raccoon? A rabid chipmunk?

Penguin and his tail feathers.

While I was still in denial, our toddler started exclaiming, “Oh!! Woostah!!” every time she heard the prepubescent half-crow, half-groan noise coming through her bedroom window. Turns out, our little urban farmer was on to something. 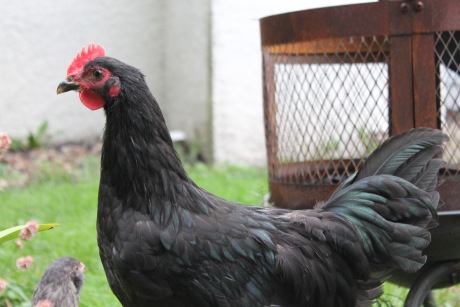 Penguin is, in fact, a rooster. And do you know what our neighbors don’t want to live next to? You got it. A rooster.

The science of determining the sex of a chick at birth is pretty darn good, but it isn’t perfect. Experts look at the vents of day-old chicks and the presence (or lack thereof) of a tiny bump inside the bird will tell them if the chick is male or female. This technique is about 90% effective. Apparently Penguin fell into the 10%.

And here’s a fun fact: getting rid of a rooster isn’t exactly easy. Frankly, most people don’t want them. Their full-grown crowing isn’t limited to sunrise. It can happen all day every day depending on the bird. They are valuable protectors of the flock but can be aggressive towards anybody else. Plus, they lead to baby chicks. And if you have a 5 bird limit on your backyard chicken permit, as we currently do, you can only take on so many of those.

As luck would have it, my day job led me directly to our rooster solution. And it happened to be just over the St. Croix River in Hudson, Wisconsin.

That’s where I got to know Tony and Ingrid Barlow, two modern homesteaders making the most of their acreage.

The Farm Stand at the Barlow house

I went to visit the Barlow family to put together a feature on them for my day job. I met their children, toured their garden and bought all sorts of treats from their seasonal farmstand. They are wonderful, passionate, delightful people. 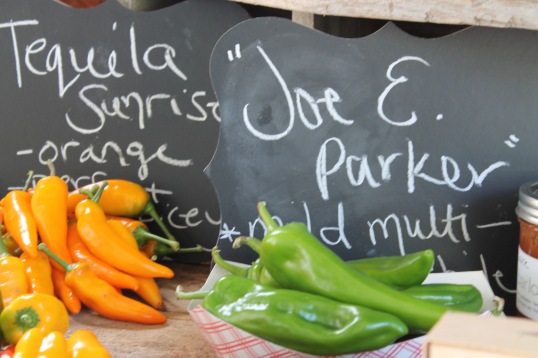 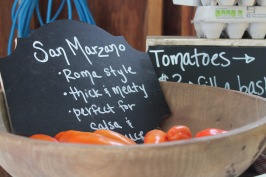 So when I casually mentioned that I had a bit of a rooster situation on my urban farm, I learned that at the moment, Tony and Ingrid were rooster-less. And they were thinking that having one around their dozens of hens wouldn’t be a bad idea. And they just love Black Australorps. 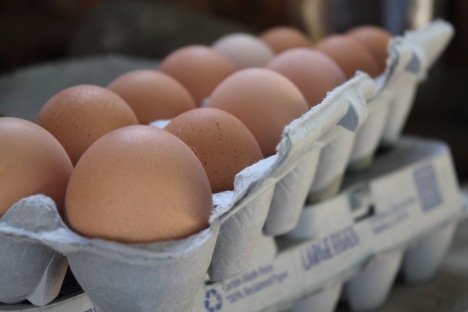 Eggs from the Barlow’s flock

“Penguin is a wonderful rooster!” I exclaimed.

“He’s been raised on the best organic feed money can buy!” I declared.

“His tail feathers are so beautiful!” I boasted.

“He would take wonderful care of your hens!”

I said that last sentence to try to seal the deal, even though I had no idea if he was actually up to the task.

And so a couple of weeks later, on a rainy Sunday morning, when my husband and the neighbors were at their wits end because of the early morning wakeup calls coming from our coop, I loaded my toddler and our adolescent rooster into my truck and hit the road.

The Barlow Family welcomed all of us with open arms and a few days later I learned that Penguin had made fast friends with the other one-of-a-kind resident at his new home: the single duck who lives among the hens.

For more information on shopping at their glorious Farm Stand, visit their Facebook page.

I can’t thank Tony and Ingrid enough for taking Penguin. See the story photographer Seth Holst and I put together on their family below: